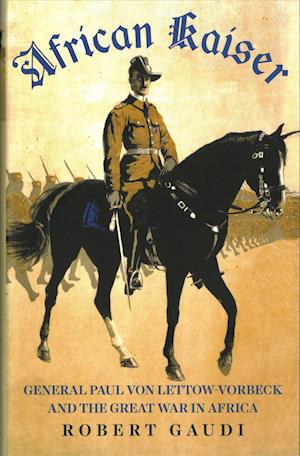 At the turn of the twentieth century, European colonial powers scrambled in Africa for trade, land and political advantage. When the First World War broke out, they were forced to contend with one another not just in trenches on the Western Front, but in East Africa's swamps and savannahs. In that unforgiving landscape, General Paul von Lettow-Vorbeck and a small cadre of hardened German officers fought as equals with their African troops against the Allies, creating the first truly integrated army of the modern age. 'African Kaiser' is the fascinating tale of a forgotten guerrilla campaign: of rhino charges and artillery duels with scavenged naval guns; of hunted German battleships hidden up unmapped river deltas; of a desperate army in the wilderness, cut off from the world, enduring starvation, malaria, and dysentery; and of the remarkable intercontinental voyage of Zeppelin L59, whose improbable 4,000 mile journey to the Equator and back made aviation history. But mostly, it is the incredible true story of General von Lettow-Vorbeck, the only undefeated German commander of the Great War.