indgår i serie Women in Culture and Society Series 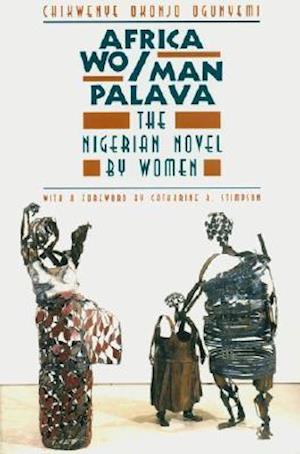 This text takes a close look at eight Nigerian women writers and proposes a new vernacular theory based on their work. Flora Nwapa, Adaora Lily Ulasi, Buchi Emecheta, Funmilayo Fakunle, Ifeoma Okoye, Zaynab Alkali, Eno Obong and Simi Bedford are the writers Chikwenye Okonjo Ogunyemi considers. African womanism, an emerging model of female discourse, is at the heart of their writing. In their work, female resistance shifts from the idea of palava, or trouble, to a focus on consensus, compromise and co-operation; it tackles sexism, totalitarianism, and ethnic prejudice. Such inclusiveness, Ogunyemi shows, stems from an emphasis on motherhood, acknowledging that everyone is a mother's child, capable of creating palava and generating a compromise. Ogunyemi uses the novels to trace a Nigerian women's literary tradition that reflects an ideology centred on children and community. Of prime importance is the paradoxical Mammywata figure, the independent, childless mother, who serves as a basis for the new woman in these novels.Ogunyemi tracks this figure through many permutations, from matriarch to exile to woman writer, her multiple personalities reflecting competing loyalties - to self and other, children and nation. Such fragmented personalities characterize the postcolonial condition in their writing. Mapping geographies of pain and endurance, the work opens a space for addressing the palava between different groups of people. This book also counters the shortcomings of prevailing "masculinist" theories of black literature in a narrative of the Nigerian world.

Forfattere
Bibliotekernes beskrivelse This text presents eight Nigerian women writers and proposes a vernacular theory based on their work. Flora Nwapa, Adaora Lily Ulasi, Buchi Emecheta are some of the writers included. The importance of children and community in the literary tradition of African womanism is assessed.