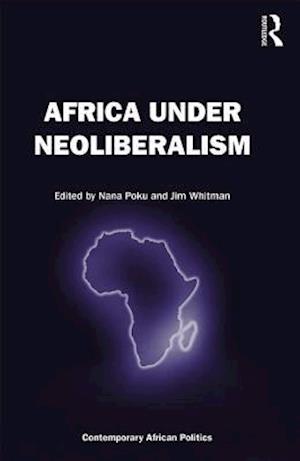 The period since the 1980s has seen sustained pressure on Africa's political elite to anchor the continent's development strategies in neoliberalism in exchange for vitally needed development assistance. Rafts of policies and programmes have come to underpin the relationship between continental governments and the donor communities of the West and particularly their institutions of global governance - the International Financial Institutions. Over time, these policies and programmes have sought to transform the authority and capacity of the state to effect social, political and economic change, while opening up the domestic space for transnational capital and ideas. The outcome is a continent now more open to international capital, export-oriented and liberal in its political governance. Has neoliberalism finally arrested under development in Africa? Bringing together leading researchers and analysts to examine key questions from a multidisciplinary perspective, this book involves a fundamental departure from orthodox analysis which often predicates colonialism as the referent object. Here, three decades of neoliberalism with its complex social and economic philosophy are given primacy. With the changed focus, an elucidation of the relationship between global development and local changes is examined through a myriad of pressing contemporary issues to offer a critical multi-disciplinary appraisal of challenge and change in Africa over the past three decades.