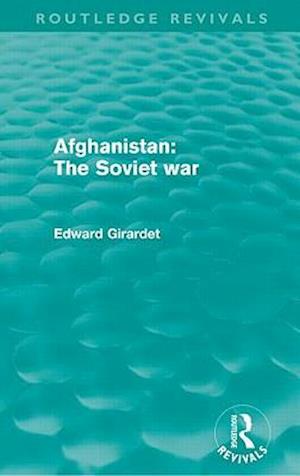 First published in 1985, this is a book written at the height of the Soviet war in Afghanistan in the 1980s. Based on five clandestine trips into Afghanistan with the resistance, the book examines why the Soviets invaded in 1979 and what they were seeking to defend. The author analyses their deliberate policy of migratory genocide through a combination of aerial bombardments, political repression and economic blockades.The book is written by the journalist Ed Girardet, one of the world's leading authorities on the conflict, whose particular strength is his dispassionate reporting style and his firsthand proximity to the conflict. He interviewed many of the leaders of the Afghan resistance, both inside Afghanistan and in the refugee camps and he explains in depth the nature of the Afghan Islamic anti-communist struggle for independence. This is a book in the finest tradition of war reporting on the front line and the reissue is essential reading for all those interested in the history of the conflict in Afghanistan.