Afghanistan at War: From the 18th-Century Durrani Dynasty to the 21st Century

- From the 18th-Century Durrani Dynasty to the 21st Century 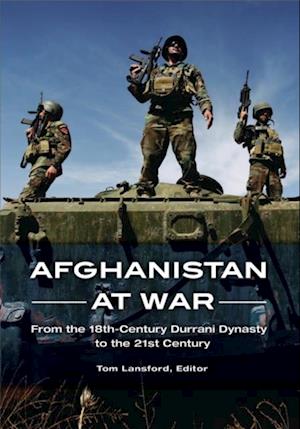 Afghanistan has been embroiled in war and conflict throughout the latter part of the 20th century as well as the current millennium, but due to its location at the crossroads of Central Asia, Afghanistan has also endured repeated conquests throughout its turbulent earlier times. Examining Afghanistan's long military history through this book will enable readers to grasp the wider sociopolitical history of the country; appreciate the impact of these wars on Southwest Asia and superpowers such as Great Britain, the Soviet Union, and the United States; and understand why Afghanistan remains a controversial battleground today.The alphabetically organized entries examine the major wars and conflicts of Afghanistan from the modern founding of the country during the Durrani Dynasty in the 1700s through the contemporary struggle with the Taliban. The book spotlights the role of key individuals in starting, pursuing, or ending conflicts, as well as their broader contributions to-or negative impact on-Afghanistan and the international arena. The work also presents essays that examine key subtopics such as weapons, tactics, ethnic groups, religion, and foreign relations. This allows the reader-whether a student, scholar, or member of a nonacademic audience-to examine a topic in depth and see how the event, figure, or movement fits into the broader history of Afghanistan.