Aesthetics on the Edge

- Where Philosophy Meets the Human Sciences 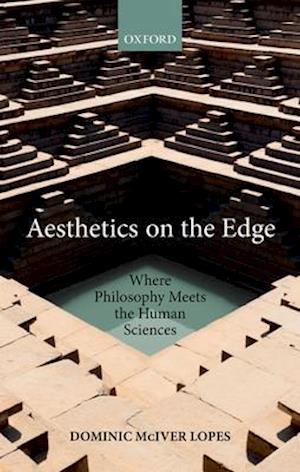 Philosophers say what art is and then scientists and then other scholars study how we are equipped, cognitively and socially, to make art and appreciate it. This time-honoured approach will not work. Recent science reveals that we have poor intuitive access to artistic and aesthetic phenomena. Dominic McIver Lopes argues for a new approach that mandates closer integration, from the start, between aesthetics and the human sciences.In these eleven essays he proposes a methodology especially suited to aesthetics, where problems in philosophy are addressed principally by examining how aesthetic phenomena are understood in the human sciences. Since the human sciences include much of the humanities as well as the social, behavioural, and brain sciences, the methodology promises to integrate arts research across the academy. Aesthetics on the Edge opens with a four essays outlining the methodology and its potential. Thefollowing essays put the methodology to work, shedding light on the perceptual and social-pragmatic capacities that are implicated in responding to works of art, especially images, but also music, literature, and conceptual art.

Forfattere
Bibliotekernes beskrivelse This book proposes a new methodology for aesthetics, where problems in philosophy are addressed by examining how aesthetic phenomena are understood in the human sciences. Lopes then puts the methodology to work, illuminating the perceptual and social-pragmatic capacities involved in responding to works of visual art, literature, and music.