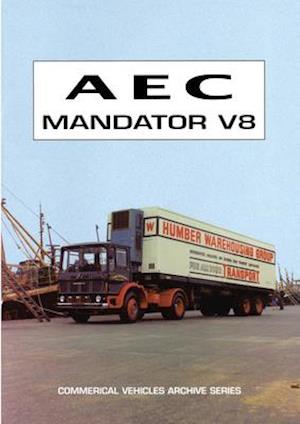 When the AEC Mandator V8 was introduced in 1968 it carried with it high hopes for the future of AEC and the Leyland Group. Nothing remotely like it had been produced before. Word soon got around about its excellent performance. However, just as word had spread about the initial performance of the model, so news soon travelled about the problems arising in service. Eventually the lorry was withdrawn from sale. Since the early 1970s when most of the 300 or so Mandator V8s sold in the UK had been withdrawn, there has always been a strong undercurrent of interest shown in it. AEC Mandator V8 has been out of print for many years, and has been brought back in 2016 to make this fascinating story available again to AEC enthusiasts and those with an interest in general transport history. Graham Edge is a trucking journalist and author. (Series: Commercial Vehicles Archive Series) [Subject: Commercial Vehicles, Transportation]