Advances in the Biology of Phototrophic Bacteria 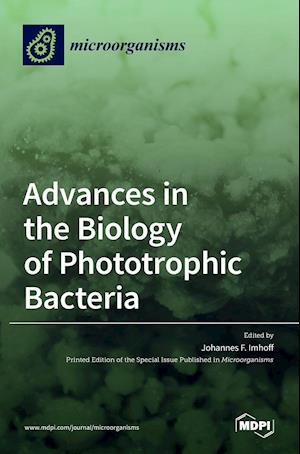 The application of genomic, transcriptomic, and proteomic analyses brings new dimensions to our understanding of the biology of phototrophic bacteria. Comparing gene sequences of photosynthetic reaction center proteins and a key enzyme of bacteriochlorophyll biosynthesis from more than 150 genomes demonstrates the ancient roots of phototrophic bacteria. The presence and phylogeny of biosynthetic pathways of the compatible solutes ectoine and glycine betaine define groups of marine and halophilic phototrophic bacteria. The wide range of ecological niches conquered during evolution is demonstrated by the adaptation of cyanobacterial genera Scytonema, Tolypothrix, and Nostoc to different temperature ranges and the adaptation of Heliorestis species to alkaline habitats. Differences between phototrophic purple bacteria from marine and freshwater habitats are reflected in the preference for sulfidic and non-sulfidic niches. Also, a high proportion of siderophore producers was found among isolates from freshwater sources opposed to those from salty habitats . The primary colonization of carbonate rocks by a group of novel endolithic cyanobacteria and the following successions were studied over 9 months. The genomic characterization of the aerobic Dinoroseobacter strain AAP5, the strictly anaerobic and syntrophic Prosthecochloris ethylica, and the strictly anaerobic Heliorestis convoluta is reported. Significant differences in relation to oxygen are reflected in oxygen production by some species, oxygen tolerance over a wide range of concentrations, and the use of oxygen for energy generation or a strictly anaerobic lifestyle. Relations to oxygen are highlighted in papers on photooxidative stress, regulation of iron-sulfur cluster formation, and interactions of redox regulators. In situ metatranscriptomic and proteomic studies demonstrate the high metabolic flexibility of Chloroflexus aggregans in a hot spring microbial mat and show its adaptation to the changing conditions over day and night periods by a well-coordinated regulation of key metabolic processes for both phototrophic and chemotrophic growth.