Advances in Spatial and Temporal Databases 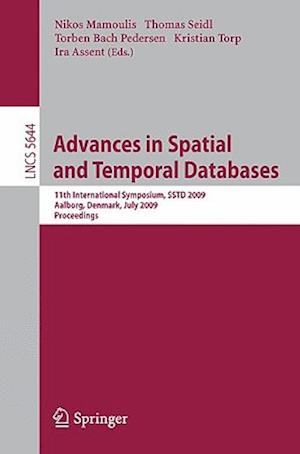 SSTD 2009 was the 11th in a series of biannual events that discuss new and exciting research in spatio-temporal data management and related technologies. PrevioussymposiaweresuccessfullyheldinSantaBarbara(1989),Zurich(1991), Singapore (1993), Portland (1995), Berlin (1997), Hong Kong (1999), Los An- les (2001), Santorini, Greece (2003), Angra dos Reis, Brazil (2005), and Boston (2007). Before 2001, the series was devoted solely to spatial database mana- ment, and called SSD. From 2001, the scope was extended in order to also accommodate temporal database management, in part due to the increasing importance of research that considers spatial and temporal aspects jointly. SSTD2009introducedseveralinnovativeaspectscomparedtopreviousevents. There was a demonstrations track which included ten presentations of systems related to the topics of interest. In addition to that, the event included a poster session with seven presentations of innovative research developed at an early stage. For the ?rst time in the SSTD series, the best paper of the symposium was awarded and a few high-quality papers were selected and the authors were invited to submit extended versionsof their work to a special issue of the Geo- formatica journal (Springer). Prior to the symposium, there was a two-day - vanced seminar, which hosted three half-day tutorials on state-of-the-art topics within spatio-temporal data management, held by distinguished international researchers.