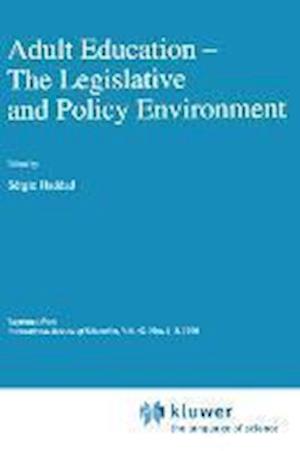 The studies contained in this volume present a sampling of policy and legislation relating to adult learning in various parts of the world. They were produced in the context of a more complete survey, under the auspices of the UNESCO Institute for Education (VIE) in cooperation with the University of Florence, which sought to identify tendencies in this field over the past few years. The international research project, under which these national studies were made, was developed under the direction of Paul Belanger, Director of UIE, and Paolo Federighi, Professor at the University of Florence. An international publication by the two project directors, due to appear at the beginning of 1997, will report on the findings of the project, which involves 26 countries. The contributions presented here reflect a broad geographical spectrum as well as a wide range of policy models. From an analysis of these studies, it is apparent that this is a field in which there has been much innovation and which encompasses markedly varying approaches in response to different national conditions.