Adorno and the Architects of Late Style in India

- Aesthetic Form after the Twentieth-century Novel 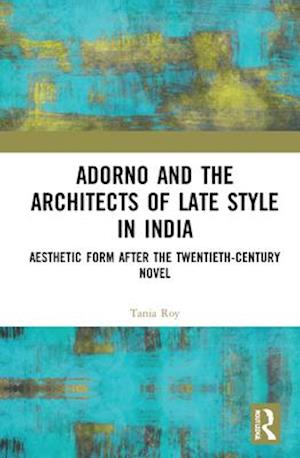 Examining works by Rabindranath Tagore, Mulk Raj Anand, and Vikram Seth through the lens of T.W. Adorno's poetics of lateness, Tania Roy reads the category of late style in terms of the "belated" literatures and cultures of the postcolonial world. When does artistic or literary failure become the measure of a work's accomplishment? How do we experience the present, when our most urgent ethical and political questions are staged through a text's inability to speak on time? And what sort of liberation is envisioned by works that refuse the imperative of "progress" and instead embrace the appearance of obsolescence by rejecting values of artistic creativity, originality and innovation? These are just some of the provocations that arise from Adorno's idea of an aesthetic late style. By linking this key concept in Adorno's work with the postcolonial experience as represented in works of mid- to late-twentieth-century modernism in India, Roy takes up the uncertain status and future of the field of postcolonial studies today and reflects on how its apparent redundancy in the context of globalization has been alternately confirmed and lamented over the past 15 years.