Adoration of the Ram 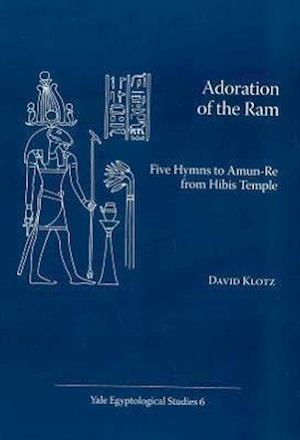 Hibis Temple, tucked away in the remote Khargeh Oasis, contains the longest monumental hymns to Amun-Re ever carved in hieroglyphs. These religious texts, inscribed during the reign of Darius I, drew upon a large variety of New Kingdom sources, and later they served as sources for the Graeco-Roman hymns at Esna Temple. As such, the hymns to Amun-Re from Hibis are excellently suited for studying Egyptian theology during the Persian Period, on the eve of the supposed "new theology" created by the Graeco-Roman priesthood. This new study, the first extensive commentary on the five liturgically connected hymns, features new translations with detailed notes. The book also considers dominant theological themes present in the texts, including the concept of "Amun within the Iris."