Adjustment, Employment and Missing Institutions - The Experience in Eastern and Southern Africa

- The Experience in Eastern and Southern Africa 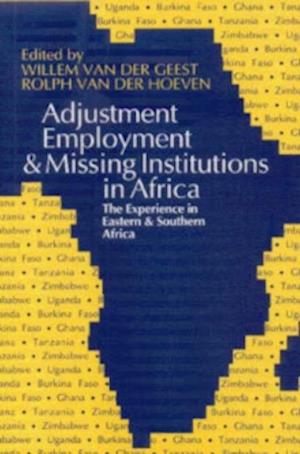 The essays concentrate on Kenya, Uganda, Zambia, Zimbabwe and Malawi, where less than ten per cent of the labour force work in the formal sector, as compared with some 20 to 40 per cent in the 1960s. The labour force is growing at a faster rate than the creation of new jobs, leading to increased informalization of the economy, but there is a lack of institutions to implement any economic policy reform or to provide the necessary supply response to such policies. Public sector workers have been reduced but there have not been enough jobs to compensate in the rest of the formal sector; meanwhile, the education and training institutions have difficulty in providing the skills needed for the restructured markets. The consensus of opinion in these articles is that the lack of institutions, of democratic policy making, and of consultation among major social groups has seriously undermined the implementation of reform policies. North America: ILO/Brookings Institution

Forfattere
Bibliotekernes beskrivelse This text identifies missing institutions as a major reason for the patchy implementation of structural reform policies in Africa.