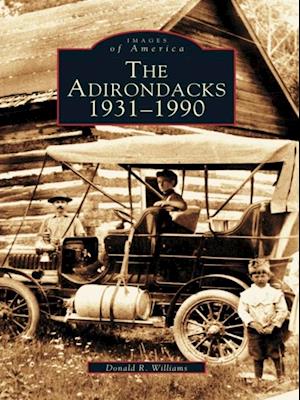 For decades, the vast Adirondack wilderness has beckoned. Some, having sampled the treasury of Adirondack art and literature, are drawn by its spectacular beauty; many are lured by its year-round sports and recreational opportunities; others are enticed by its health-giving qualities-the clear air, sparkling waters, and refreshing woodlands. The Adirondacks: 1931-1990 celebrates the years in which the six-million-acre preserve truly became a people's park. With some two hundred rare images, the book includes views of the Winter Olympics held at Lake Placid in 1932, attended by thousands from the world over. It applauds the American boys working in the CCC camps in the Adirondacks during the Great Depression. It follows the steamboats as they ply Lake George and the Fulton Chain and other lakes, as well as the railroads as they bring in more and more visitors. It traces the rise and fall of the grand hotels and their successors: the cabins, motels, cottages, second homes, and campsites of the motoring public. It highlights the music, the architecture, the animals, the crafts-the more recent history of the Adirondack culture.