- From Hydrodynamics to General Relativity 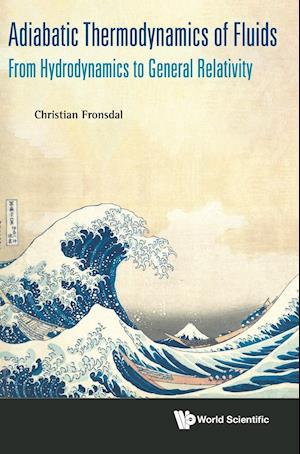 This book exists because there is (or was) no satisfactory theory of the dynamical metric interacting with extended distributions of matter. It will be shown that any theory of interacting fields that includes the Einsteinian metric must be based on an action principle.This allows us, for the first time, to use 'energy' as a precise concept in vortex dynamics. Sample applications include rotating planets, Couette flow, tresses in fluids (inside the meniscus, negative pressures), immiscible fluids, amongst others.Unlike the traditional approach to thermodynamics, this book begins with a brief exposition of hydrodynamics. At this stage, the development is limited to potential flows, because, until recently, that is all that could be done, but also for didactic reasons. However, the reader will find that the situation has changed radically with the discovery of the Conservative Hydrodynamics.At the core of thermodynamics is the Gibbsean minimum energy principle. In this book, it is generalized to include the hydrodynamical degrees of freedom; that is, localized as a field theory of density, pressure, temperature and entropy. The theory is referred to as local, as opposed to traditional, global thermodynamics where the main foundation is the variational principle of Gibbs, with a modification recommended by Prigogine.