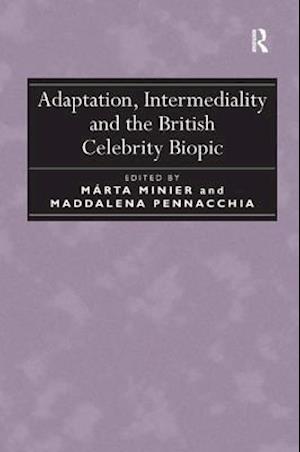 Beginning with the premise that the biopic is a form of adaptation and an example of intermediality, this collection examines the multiplicity of 'source texts' and the convergence of different media in this genre, alongside the concurrent issues of fidelity and authenticity that accompany this form. The contributors focus on big and small screen biopics of British celebrities from the late twentieth and twenty-first centuries, attending to their myth-making and myth-breaking potential. Related topics are the contemporary British biopic's participation in the production and consumption of celebrated lives, and the biopic's generic fluidity and hybridity as evidenced in its relationship to such forms as the bio-docudrama. Offering case studies of film biographies of literary and cultural icons, including Elizabeth I, Elizabeth II, Diana Princess of Wales, John Lennon, Shakespeare, Jane Austen, Beau Brummel, Carrington and Beatrix Potter, the essays address how British identity and heritage are interrogated in the (re)telling and showing of these lives, and how the reimagining of famous lives for the screen is influenced by recent processes of manufacturing celebrity.