Across The Seven Seas 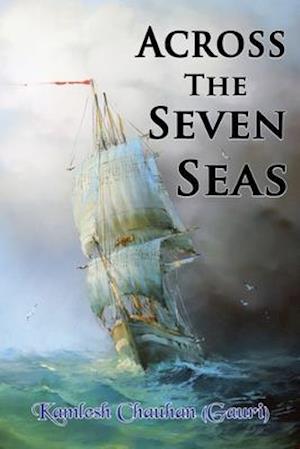 "Across The Seven Seas "is short story of three generation in the imagination perception of Kamlesh Chauhan (Gauri). Especially of those who migrated to the USA, UK and Canada. . This is first Novel of which is very thought provoking. Every Immigrant of the world need to read it. Language is very simple and easy to understand. Kamlesh Chauhan Found her Voice in Literature "

India Post agreed with author." We may have lived here for decades but we must never forget our roots and we owe it to the new generation that we pass on culture to them as they to their future life and kids. If this does not happen it will all lost two or three generations later."

"Across The Seven Seas", a Novel written by Kamlesh Chauhan (Gauri) an accomplished American Lady of Indian Origin, will go down the history of literature written by NRIs as land mark addition. The Novel deals with theme that how ordinary ladies accomplish extraordinary things on the foreign soil simultaneously retaining their roots deep in their native soil, who do their utmost to retain and promote their culture in foreign lands "

"Across The Seven Seas"  is novel of women, For the Women and by a woman. It target Indian women of seventies who migrate to the Western Countries with rosy dreams but where their survival depends on how vehement their struggle to do so is irrespective of their ethnicity. It is sure to be eye opener for them.

"Indian Sanskars ( Ritual ) and Foreign scenario - Unexpected happening various twists and turns, now resistance till breaking point and a little latter an inclination to compromise with everything, nevertheless and exploration of pain at every stage constitute Across the Seven Seas"