Across the Revolutionary Divide 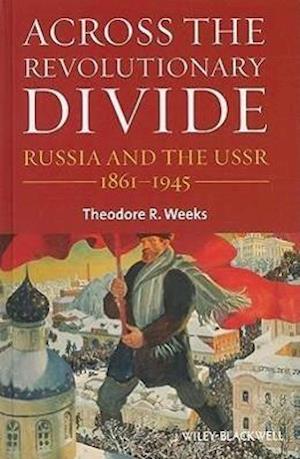 Across the Revolutionary Divide: Russia and the USSR 1861-1945 offers a broad interpretive account of Russian history from the emancipation of the serfs to the end of World War II. * Provides a coherent overview of Russia's development from 1861 through to 1945 * Reflects the latest scholarship by taking a thematic approach to Russian history and bridging the revolutionary divide of 1917 * Covers political, economic, cultural, and everyday life issues during a period of major changes in Russian history * Addresses throughout the diversity of national groups, cultures, and religions in the Russian Empire and USSR * Shows how the radical policies adopted after 1917 both changed Russia and perpetuated an economic and political rigidity that continues to influence modern society

Forfattere
Bibliotekernes beskrivelse Across the Revolutionary Divide: Russia, 1861-1945 presents an ambitious interpretive account of Russian history from the abolition of serfdom by Alexander II to the end of World War II.