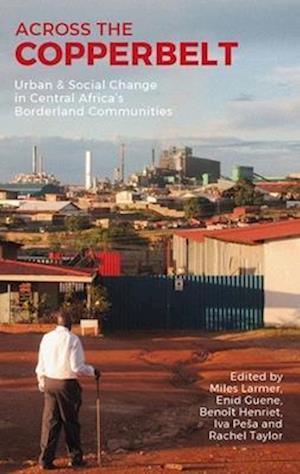 The Central African Copperbelt, encompassing the mining communities of Katanga (DR Congo) and Zambia, has been central to the study of modernisation and rapid social and political change in urban Africa. This volume expands upon earlier studies of industrial mining, male-dominated formal labour organisation and political change by examining both sides of the border from pre-colonial history to the present and encompassing a wide range of economic, social and cultural identities and activities. Bringing together scholars from a range of disciplines, the contributors explore copperbelt communities' sense of identity - expressed in comic strips and football matches, their precarious and inventive ways of living, their involvement in church and education, and the processes and impact of urbanisation and development, environmental degradation and changing gender relations. A major contribution to borderland studies, in showing how the meaning and relevance of the border to the copperbelt's mixed and mobile population has changed constantly over time, the book's engagement with communities at the nexus of social, economic and political change makes it a key study for those working in global urban development. This book is available under the Creative Commons license CC-BY-NC. It is based on research that is part of a project that has received funding from the European Research Council (ERC) under the European Union's Horizon 2020 research and innovation program (grant agreement no: 681657): 'Comparing the Copperbelt: Political Culture and Knowledge Production in Central Africa'.