indgår i serie STUDIES IN BILINGUALISM 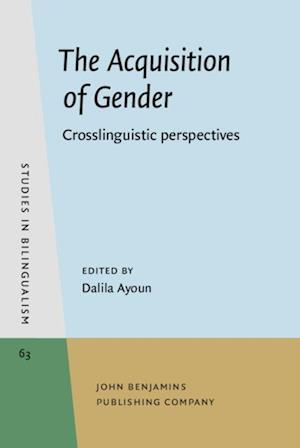 Gender as a morphosyntactic feature is arguably 'an endlessly fascinating linguistic category' (Corbett 2014: 1). One may even say it is among 'the most puzzling of the grammatical categories' (Corbett 1991: 1) that has raised probing questions from various theoretical and applied perspectives. Most languages display semantic and/or formal gender systems with various degrees of opacity and complexity, and even closely related languages present distinct differences, creating difficulties for second language learners. The first three chapters of this volume present critical reviews in three different areas - gender assignment in mixed noun phrases, subtle gentle biases and the gender acquisition in child and adult heritage speakers of Spanish - while the next six chapters present new empirical evidence in the acquisition of gender by bilingual children, adult L2/L3 learners and heritage speakers of various languages such as Italian, German, Dutch or Mandarin-Italian.