Achebe and Friends at Umuahia

- The Making of a Literary Elite (UK) 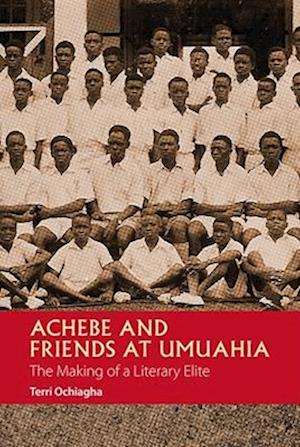 This is the first in-depth scholarly study of the literary awakening of the young intellectuals who became known as Nigeria's "first-generation" writers in the post-colonial period. Terri Ochiagha's research focuses on Chinua Achebe, Elechi Amadi, Chike Momah, Christopher Okigbo and Chukwuemeka Ike, and also discusses the experiences of Gabriel Okara, Ken Saro-Wiwa and I.C. Aniebo, in the context of their education in the 1930s, 1940s and 1950s at Government College, Umuahia. The author provides fresh perspectives on Postcolonial and World literary processes, colonial education in British Africa, literary representations of colonialism and Chinua Achebe's seminal position in African literature. She demonstrates how each of the writers used this very particular education to shape their own visions of the world in which they operated and examines the implications that this had for African literature as a whole.

Terri Ochiagha holds one of the prestigious British Academy Newton International Fellowships (2014-16) hosted by the School of English, University of Sussex. She was previously a Senior Associate Member of St Antony's College, University of Oxford.