- Statham, M: Accounts of the Feoffees of the Town Lands of Bu 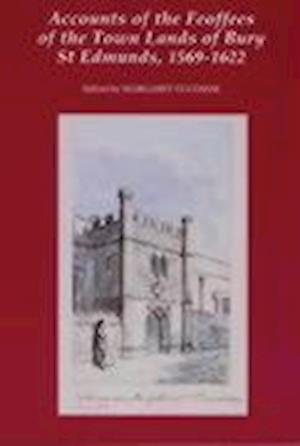 In 1569, thirty years after its abbey had been dissolved, the large town of Bury St Edmunds remained unincorporated. These accounts show how the feoffees (still essentially the medieval Candlemas guild) experimented with town government. The pre-Reformation landed endowments were increased throughout the period. This enabled the feoffees to address many aspects of town life. In addition to payments for housing and clothing the poor, and the provision of medical care, they also contributed to the cost of providing clergy (whose theology was akin to their own) for the two town churches. To encourage trade, they built the town's first covered Market Cross, while the acquisition of the Shire House enabled the assizes and quarter sessions to move into the town. After the turn of the century, the Charitable Uses Act of 1601 was used to recover land which had long ago been alienated. At the same time some of the up and coming men successfully petitioned for a charter of incorporation for Bury St Edmunds, so that in 1606 the town acquired the borough status which had eluded it for centuries. Unless new sources are discovered, these accounts, though inevitably slanted to the feoffees' activities, are the most revealing source for the work of the new corporation in its early years.

Forfattere
Bibliotekernes beskrivelse In the absence of borough status and after the winding up of the guilds, the townsmen of Bury St Emunds experiment with town government.