Abuse of Rights in International Arbitration 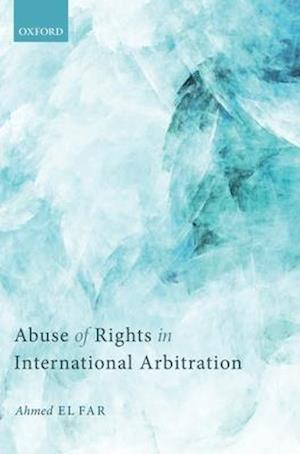 In recent years, international arbitration has become plagued by different forms of substantive and procedural abuse. For example, we have witnessed a rise in cases where parties restructure their investments in an abusive manner by altering one of its features purely to gain access to ICSID arbitration. Similarly, the increasingly common practice of initiating parallel arbitral proceedings in order to maximise a party's chances of success, and the undesirablepossibility of inconsistent decisions pose a risk to standards of fairness. Abusive practices designed by parties to prejudice their opponents may undermine the fair resolution of disputes and frustrate the administration of arbitral justice. There are pre-existing tools and legal rules that can beutilised to prevent abuse. However, these tools are inherently rigid in their application and fail to remedy all forms of abuse. Abuse of Rights in International Arbitration introduces the principle of abuse of rights and considers its application as a general principle of law to prevent different forms of substantive and procedural abuse in international arbitration. The virtue of a single theory with a wide scope and an overarching premise is that it is a principle, which involves equity considerations, enjoys the flexibility of general principles of law, and can address different abusive behaviours. Theauthor carefully examines the legal basis and core elements of abuse of rights and analyses the relevant case law to address how the principle may affect the administration of arbitral justice. Arguing for the application of abuse of rights as a general principle of law, the author expertly examines how it couldapply in both international commercial and investment arbitration to tackle procedural misconduct and different abusive practices.

Forfattere
Bibliotekernes beskrivelse Abuse of Rights in International Arbitration examines the legal basis and core elements of abuse of rights. El Far expertly analyses relevant case law to address how the principle may affect the administration of arbitral justice in more international commercial and investment arbitration.