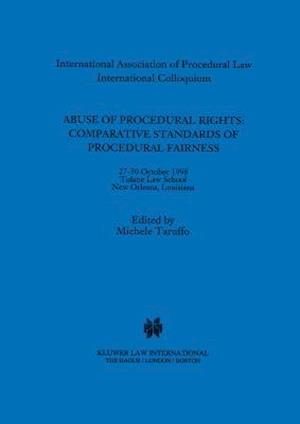 In a very meaningful way, the health of a judicial system may be judged by the care with which its procedural rights are observed. Now, in a book that takes stock of this important element as it is currently used or abused in a number of the world's legal systems, eighteen outstanding scholars approach the subject through an analysis of the following factors: the theoretical and moral implications of procedural abuses the subjects who commit them the typologies of abusive practices the consequences of abusive practices Several authors report on practices in their own countries, revealing distinct evidence of a significant degree of lowered procedural standards in the United States, several European countries, Australia, Japan, and Latin America. General and final reports provide a comparative framework for an analytical study that will repay the study of anyone concerned with the fairness of our legal institutions.