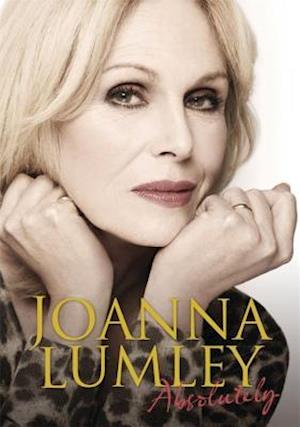 'Mischievous and measured, Joanna Lumley gives us a remarkable portrait of a groovy life...a life astonishingly rich in experience' THE TIMES'Captures perfectly the mixture of poshness and larkiness that has captivated Joanna Lumley's audiences...Joanna writes beautifully, managing to be both thoughtful and amusing' DAILY MAIL'An actress with an extraordinarily varied life that has taken her from Kashmir to Kent, from Bond girl to Ab Fab. It's all here in this gloriously illustrated, entertaining memoir, that's packed with personal photos and reminiscences' WOMAN & HOMEJoanna Lumley is one of Britain's undisputed national treasures. A single mum, iconic actress, voiceover artist and author, best known for her roles in ABSOLUTELY FABULOUS and THE NEW AVENGERS, she is a former model and Bond girl, a human rights activist for Survival International and the Gurkha Justice Campaign, and is now considered a 'national treasure' of Nepal as well as the UK.She has won two BAFTA awards, but it is the sheer diversity of her life that has made her so compelling a personality - early years in Kashmir and Malaya, growing up in Kent, then a photographic model before becoming an actress, appearing in a huge range of roles, and many documentaries including those on on the Northern Lights, Bhutan and the Nile.'Lumley has done it all, from sex kitten and TV star to activist for the Gurkhas. Read about it here.' - No.2 of The Independent's 'Ten Best New Memoirs' INDEPENDENT