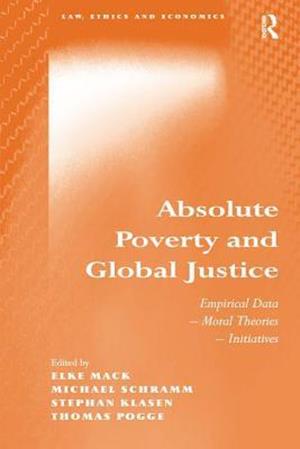 Absolute poverty causes about one third of all human deaths, some 18 million annually, and blights billions of lives with hunger and disease. Developing universalizable norms aimed at tackling absolute poverty and the complex and multilayered problems associated with it, this book considers the levels, trends and determinants of absolute poverty and global inequality. Examining whether much faster progress against absolute poverty is possible through reductions in national and global inequalities that produce economic growth for poor countries and households, this book suggests that diverse moral views imply that international agencies as well as the citizens, corporations and governments of affluent countries bear a moral responsibility to reduce absolute poverty. In considering strategies of eradication through specific policies and structural reforms it is argued that because of its moral importance and requirement for only modest efforts and resources, the goal of overcoming absolute poverty must be given much higher political priority by international agencies and governments of affluent countries. Suggesting that these agencies should be encouraged to facilitate and promote new initiatives, this book concludes with a discussion of how such initiatives might be realized.