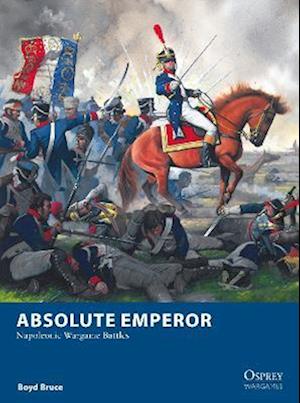 From the late Revolutionary Wars and Egyptian campaign, to the battles of Austerlitz, Borodino, Leipzig, and Waterloo, Absolute Emperor is a mass battle wargame that provides all the rules needed to play during this period of grand armies and sweeping campaigns. Players' armies are composed of multiple corps, with command and control being of the utmost importance, all influenced by the elan of your general. Do you follow in the footsteps of Napoleon and be crowned the Absolute Emperor or stand against tyranny as Wellington and Bl cher.