- Strategies and Choices in Canadian Elections 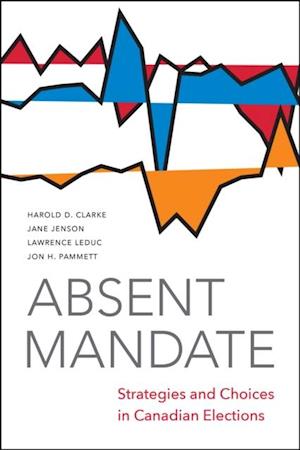 Absent Mandate develops the crucial concept of policy mandates, distinguished from other interpretations of election outcomes, and addresses the disconnect between election issues and government actions. Emphasizing Canadian federal elections between 1993 and 2015, the book examines the Chretien/Martin, Harper, and Trudeau governments and the campaigns that brought them to power. Using data from the Canadian Election Studies and other major surveys, Absent Mandate documents the longstanding volatility in Canadian voting behaviour. The failure of elections to provide genuine policy mandates stimulates public discontent with the political process and widens the gap between the promise and the performance of Canadian democracy.