Absalon And Esbern Snare. The Danish Navy’s Support Ships Of The Absalon Class 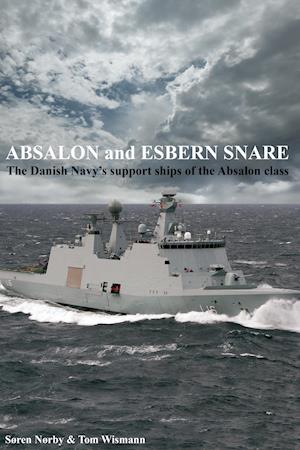 The two Danish support ships Absalon and Esbern Snare are a symbol of the new Danish navy that emerged following the end of the Cold War. The absence of a direct territorial threat enabled Denmark to pursue a new activist foreign policy with greater emphasis on military operations far from home. The Danish navy has played a central part in this effort. The new policy required new and larger ships that could operate on the high seas. In 1999, the Navy received political support and funding for two ships tailored for operations far from the Danish waters. Thanks to due diligence in the Danish Naval Material Command, the distance from drawing board to launch of the ships was short, and the result more than surpassed the Navy’s expectations for the two new support ships.Absalon and Esbern Snare have since their commissioning into the Danish navy participated in the anti-piracy operation at the Horn of Africa, as well as in Operation RECSYR where the world community removed Syria's chemical weapons from the civil war-stricken country. This book tells the fascinating story of the ships' design, building, their equipment, life on board and the first years of operations.