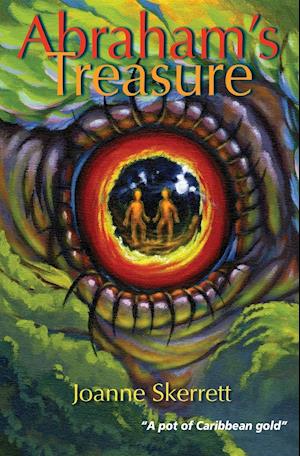 "A moving coming of age story packed with tropical adventure." - Ros Asquith Teenage twins James and Jerome discover that treasure, buried during the days of slavery, is their rightful inheritance. As the boys de-code the clues that will lead to the treasure, they have some strange encounters: there's a helpful parrot, a ghostly figure from the past and a legless man who can walk; they escape from a falling tower and discover a boiling lake. And, of course, there's also an evil stranger who confronts them in an exciting climax. Abraham's Treasure mixes a classical hunt-the-treasure plot with a hint of magical realism to give a real page-turning quality. The twins are typical teenagers who have some very untypical experiences as they desperately strive to reach the treasure - whatever that may be - before their adversary. Great for boys but girls, too, will identify with the twins and also with Petra, an annoying neighbour who is just as smart as they are. And the wild landscape of Dominica makes it a perfect location for a spot of treasure-hunting. Joanne Skerrett was born and brought up in Dominica. She moved with her family to the United States during the 1980s. She graduated from the University of Massachusetts with a BA in English and later attended Northeastern University where she earned an MBA. She also holds a law degree from the University of Pennsylvania. She has been a journalist on newspapers including the Boston Globe and Chicago Tribune. Joanne lives in Washington DC where she works as a lawyer. Abraham's Treasure is her fifth novel and her first book for young people.