Abraham's Bloodline!: A Story of a Jewish Family at War 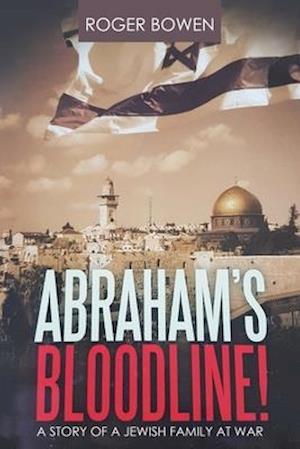 Miriam is a survivor of the Holocaust. She flees Warsaw and joins the Jewish Partisans. At war's end, Miriam escapes to Palestine, where she meets Cobi.

Cobi is a native-born Palestinian who served in the British Army. Returning home, he was made an officer with the Palmach in the War of Independence against the Arabs. In the bitter fighting for Jerusalem, Cobi confronts his childhood friend Yusuf, who is an officer in the Arab Legion, with unexpected results.

Cobi and Miriam marry and have two children, Daniel and Ronen. Cobi is made the ambassador to Australia, where the boys grow up.

Returning to Israel as young men, they do their military service. Daniel enters the air force, and Ronen joins a Special Forces unit. They participated in the Yom Kippur War. Daniel carries out missions on the Suez front, trying to stem the Egyptian Army in their advance. Meanwhile, Ronen is fighting the Syrian Army in the Golan Heights.

After many skirmishes with the enemy, Ronen's group is tasked with rescuing Israeli pilots, including Daniel, shot down and captured by the Syrians. In the ensuing battle, both are seriously wounded. But the fight goes on.