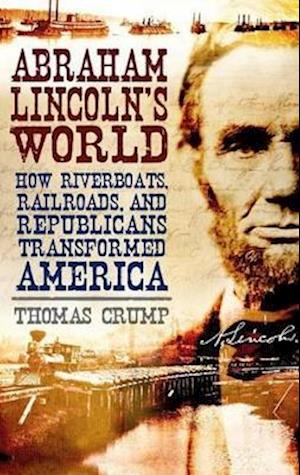 This is an engaging study of Lincoln and how he shaped a nation.'It is rather for us to be here dedicated to the great task remaining before us...that this nation, under God, shall have a new birth of freedom - and that government of the people, by the people, for the people, shall not perish from the earth' - Abraham Lincoln's Gettysburg Address, 1863.Lincoln's life, leadership qualities and achievements have made him a figurehead of American values, ranked as one of the greatest US presidents. Thomas Crump examines how the United States was transformed - politically, economically, geographically and socially - during Lincoln's life, and how, more than anyone else, he adapted to these changes and gave them a new direction. This was essentially the beginning of the steam age, meaning that the adult Lincoln lived against a backdrop of steamboats on the great inland waterways and a continually expanding railroad network opening up the new states beyond the Appalachians. The foundations of America as an industrial state - at least in the north - were being laid.Lincoln preserved the Union with his skilful supervision of the war effort, his selection of effective commanders such as Grant and Sherman, and his powerful rhetoric to rally public support.His re-election in the 1864 presidential election was a landslide victory. Crump portrays Lincoln's America and shows how institutions, places and people changed during Lincoln's lifetime. By the time of his death the country is presented as on the verge of a great breakthrough, foreshadowed by events on the Pacific coast in the 1850s, and worked for by Lincoln.Written with clarity and insight, this is an engaging account of the true beginnings of the modern United States.