Above the Din of War

- Afghans Speak About Their Lives, Their Country, and Their Future--and Why America Should Listen 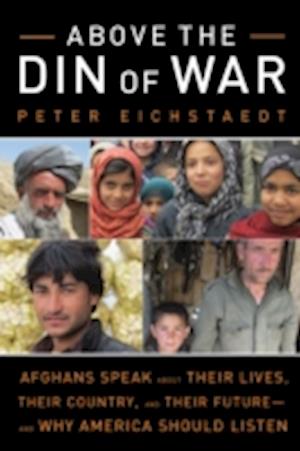 What will happen when international forces finally vacate Afghanistan? The answer to that question is unknown, but if there is any hope for Afghanistan, veteran journalist Peter Eichstaedt asserts, it is with its people. After spending 2004 in Afghanistan working for the nonprofit Institute for War and Peace Reporting and helping build Afghanistan's first independent news agency, Eichstaedt returned to Kabul in 2010. As he worked with Afghan journalists to document their history and collective struggles, he realized that although Kabul itself appeared cleaned up, with freshly paved roads, the optimism of the newly liberated capital had faded under the rise of the Taliban insurgency. Eichstaedt subsequently crisscrossed the country to interview an astonishing array of Afghans. In Above the Din of War, he shares these conversations, including emotional and critical commentary and opinions from a former warlord, a Taliban judge, victims of self-immolation, poppy growers, courageous women parliamentarians, would-be suicide bombers, a besieged video store owner, frightened mullahs, and desperate archaeologists. Providing a forum for the everyday people of Afghanistan to be heard, Eichstaedt reveals the truth behind the calculated rhetoric of war, politics, and diplomacy, and suggests a path forward toward a sustainable future for Afghanistan and southern Asia.