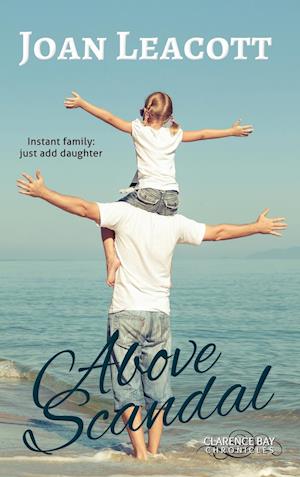 Cathy Rossetti’s secret is Hayley, an outspoken ten-year-old who’s about to meet her family for the first time. Sadly, it’s taken a terminal illness to bring Cathy back to her hometown.

The elder generation of Rossetti women guards a thirty-year old secret with the power to rock Cathy’s world. Will her mother take their secret to her grave, or will her aunt break her punishing vow of silence?

Hayley hates secrets, so she’s sleuthing around Clarence Bay looking for her daddy. Is it her new BFF’s father or mayoral candidate Ryan Chisholm or Ryan’s handsome campaign manager?

Ryan has a secret, too. He’s still in love with Cathy, his high-school sweetheart. For a man running his election campaign on a platform of honesty, this could cause problems. Will dumping his popular fiancée cost him the election?

And if Cathy still loves him after eleven years' absence, she’s not telling.