ABOUT THE WRITER, STOWAWAYS AND THEIR RESOLVE 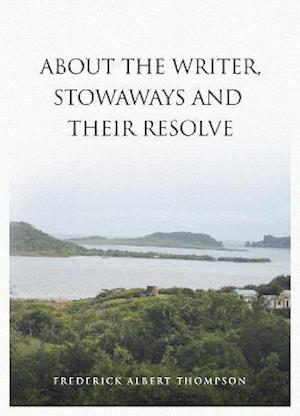 Whenever a sail appeared on the horizon, the islanders would be excited: was the schooner or sloop was coming home after so long at sea, or on its way north, heavily laden, or was it heading south for another assignment? They would be eager to know its name, and a particular group of people highly skilled in recognising and identifying vessels far out at sea, would swing into action to name the mystery craft. It was the sort of devotion given to vessels that were absent for long periods when the time was nigh for their homecoming. Sailing vessels were the order of the day, and schooners and sloops were dominant. They had long inherited building and sailing skills and sailed the wider Caribbean, trading extensively, but in a largely agrarian society bereft of manufacturing industry, ither methods had to be found to feed an expanding population. They turned to circumventing the border controls of islands with employment and entrepreneurial opportunities, either as immigrants landing on deserted beaches or as legitimate traders who, after conducting their business, would melt into the countryside. Female companions duly followed. The author's story about his life, beginning on the tiny island of Carriacou in the Grenadine Islands, with fictitious accounts of stowaways in folklore as told by sailors and travellers whilst imbibing in rum shops, makes compelling reading.