- The Politics of Reproduction in Contemporary Ireland 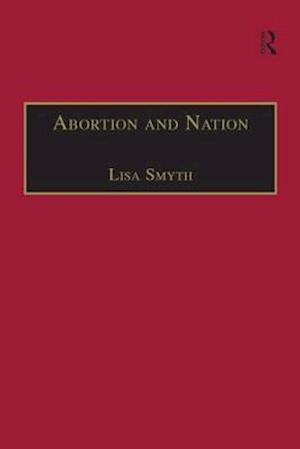 Abortion politics are contentious and divisive in many parts of the world, but nowhere more so than in Ireland. Abortion and Nation examines the connection between abortion politics and hegemonic struggles over national identity and the nation-state in the Irish Republic. Situating the abortion question in the global context of human rights politics, as well as international social movements, Lisa Smyth analyses the formation and transformation of abortion politics in Ireland from the early 1980s to the present day. She considers whether or not the shifting connections between morality, rights and nationhood promise a new era of gender equality in the context of nation-state citizenship. The book provides a new sociological framework through which the significance of conflict over abortion and reproductive freedom is connected to conflict over national identity. It also offers a distinctive in-depth consideration of the connection between gender and nationhood, particularly in terms of its impact on women's status as citizens; within the nation-state; within the European Union; and as members of a global civil society.

Forfattere
Bibliotekernes beskrivelse Historically, anti-abortion politics in Ireland operated through a politics of national identity that relied on and reproduced constructions of Irishness in traditionally familiar, patriarchal, and conservatively Catholic terms.