- A Twelfth-Century Philosopher in His Context and Ours

indgår i serie The Conway Lectures in Medieval Studies 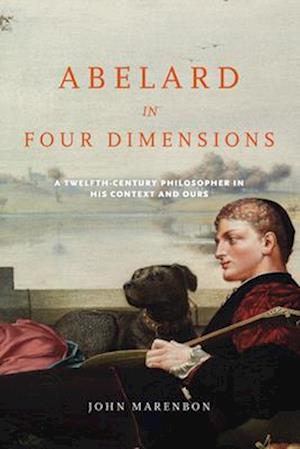 Abelard in Four Dimensions: A Twelfth-Century Philosopher in His Context and Ours by John Marenbon, one of the leading scholars of medieval philosophy and a specialist on Abelard's thought, originated from a set of lectures in the distinguished Conway Lectures in Medieval Studies series and provides new interpretations of central areas of Peter Abelard's philosophy and its influence. The four dimensions of Abelard to which the title refers are that of the past (Abelard's predecessors), present (his works in context), future (the influence of his thinking up to the seventeenth century), and the present-day philosophical culture in which Abelard's works are still discussed and his arguments debated.

For readers new to Abelard, this book provides an introduction to his life and works along with discussion of his central ideas in semantics, ethics, metaphysics, and philosophy of religion. For specialists, the book contains new arguments about the authenticity and chronology of Abelard's logical work, fresh evidence about his relations with Anselm and Hugh of St. Victor, a new understanding of how he combines the necessity of divine action with human freedom, and reinterpretations of important passages in which he discusses semantics and metaphysics. For all historians of philosophy, it sets out and illustrates a new methodological approach, which can be used for any thinker in any period and will help to overcome the divisions between historians based in philosophy departments and scholars with historical or philological training.