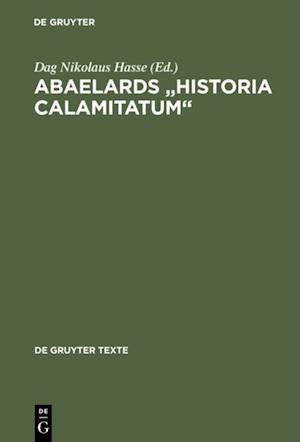 Peter Abelard's autobiography, the Historia calamitatum, is one of the best-known medieval texts, especially because of the story of his love for Heloise which it recounts. In recent decades, there was so much controversy about the authenticity of the documents concerning Abelard and Heloise that the critical interpretation of the texts was relegated to the sidelines. The present volume provides a way out of this impasse. In it, the famous text is subjected to a series of exemplary analyses from the perspectives of seven different 20th century literary theories (aesthetics of reception, Foucault, Gender Studies, Rhetorical Stylistic Analysis, Psychology of Literature, Cultural Studies, Deconstruction). The analyses are preceded by the Latin text of the Historia calamitatum with a modern German translation. This is thus the first time that the Historia calamitatum has been presented in a bilingual edition.