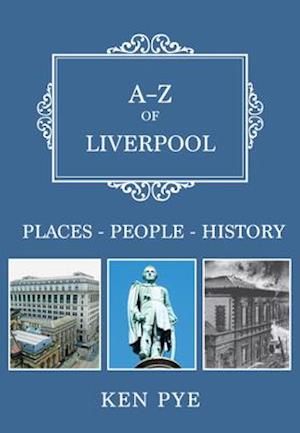 The city of Liverpool is famous throughout the world. This once-small fishing village was transformed into a mighty commercial powerhouse, seen by many as the second city of the British Empire. In 1715 Liverpool created the world's first enclosed, commercial wet dock; eventually there would be docks along 7.5 miles of the River Mersey. It rapidly grew into the greatest port and city in the entire British Empire outside London. Nevertheless, by 1980 Liverpool's population had reduced by over half; its infrastructure and economy were decaying, and its political leaders were leading the city towards complete collapse. Today, Liverpool has the fastest-growing economy in Britain and has been a European Capital of Culture and is a UNESCO World Heritage City.Well-known local author Ken Pye takes the reader on a fascinating A-Z tour of the city's history, exploring its lesser-known nooks and crannies, and along the way relating many a tale of the most interesting people and places. Fully illustrated with photographs from the past and present, the A-Z of Liverpool will appeal to residents and visitors alike.

Forfattere
Bibliotekernes beskrivelse Explore the fascinating history of Liverpool in this fully illustrated A-Z guide to the city's people and places. 100 Illustrations, unspecified