A World of Trouble 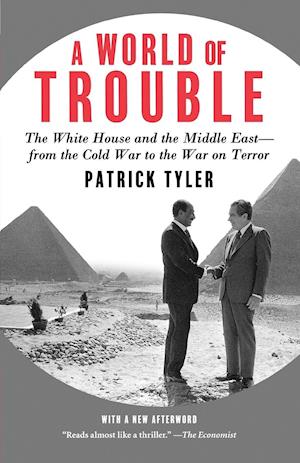 The Middle East is the beginning and the end of U.S. foreign policy: events there influence our alliances, make or break presidencies, govern the price of oil, and draw us into war. But it was not always so--and as Patrick Tyler shows in A World of Trouble, a thrilling chronicle of American misadventures in the region. The story of American presidents' dealings there is one of mixed motives, skulduggery, deceit, and outright foolishness, as well as of policymaking and diplomacy.

Tyler draws on newly opened presidential archives to dramatize the approach to the Middle East across U.S. presidencies from Eisenhower to George W. Bush. He takes us into the Oval Office and shows how our leaders made momentous decisions; at the same time, the sweep of this narrative--from the Suez crisis to the Iran hostage crisis to George W. Bush's catastrophe in Iraq--lets us see the big picture as never before. Tyler tells a story of presidents being drawn into the affairs of the region against their will, being kept in the dark by local potentates, being led astray by grasping subordinates, and making decisions about the internal affairs of countries they hardly understand. Above all, he shows how each president has managed to undo the policies of his predecessor, often fomenting both anger against America on the streets of the region and confusion at home.

A World of Trouble is the Middle East book we need now: compulsively readable, free of cant and ideology, and rich in insight about the very human challenges a new president will face as he or she tries to restore America's standing in the region.