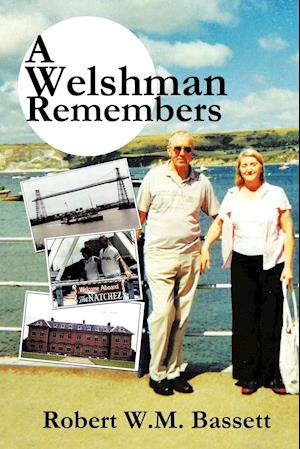 A WELSHMAN REMEMBERS Is a kind of biography, about the life and family of Robert Bassett, a Welshman, born in the South Wales town of Newport, in the county of Monmouthshire, over 70 years ago. We read anecdotes and events, in the lives of this Welsh family of seven children,-- four boys and three girls, whose parents were both hard working and caring, during their upbringing. It tells us of the many and varied homes around the area , the result of the need to try to improve both income and conditions, in the life of an agricultural worker in the earlier parts of the twentieth century. It includes the various schools and the difficulties involved. We are also told of Roberts exploits in amateur boxing and his love of country music culminating in the trip of a lifetime when, along with his wife Jeannette he visited the southern States of America , and the home of country music , the Grand Ole Opry, in Nashville Tennessee in 1985. We also read about some of the memorable moment of the family's early days, ...the arrival of the family's first car, the naivete of the earl;y years when newspapers were rarely seen,.... "the everlasting pen !!".... We are told about the little village schools, of following the foxhounds instead of classes, and the family's involvement on the farms during haymaking, and the wonderful picnic teas at the end of a hard days work...... This book is a compilation of memoirs and events put together from memory, over the past fifteen years. Altogether an interesting and often comical look at life in general, in and around the area of South wales during the 70 plus years of the Authors life.