A War in Crimson Embers

- Book Three of the Crimson Empire 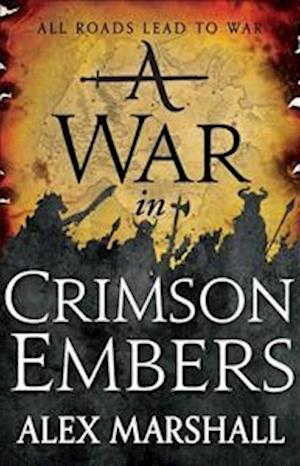 FIVE HEROES. NO HOPE. A WAR AGAINST DEVILS.Once a warrior queen, now a pariah among her own people, Cold Zosia wakes in the ashes of a burning city. Her vengeance has brought her to this - her heroic reputation in tatters, her allies scattered far and wide and her world on the cusp of ruin.General Ji-Hyeon has vanished into the legendary First Dark, leaving Sullen alone to carry out the grim commands of a dead goddess. The barbarian Maroto is held captive by a demonic army hell-bent on the extermination of the Crimson Empire, and only his protege Purna believes he can be saved.Zosia must rally her comrades and old enemies one last time for a battle that will prove the greatest of her many legends . . . if anyone lives to tell of it.