A Visit to Don Otavio 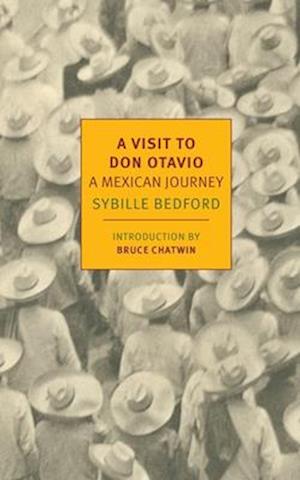 In the mid-1940s, Sybille Bedford set off from Grand Central Station for Mexico, accompanied by her friend E., a hamper of food and drink (Virginia ham, cherries, watercress, a flute of bread, Portuguese ros ), books, a writing board, and paper. Her resulting travelogue captures the violent beauty of the country she visited. Bedford doesn't so much describe Mexico as take the reader there--in second-class motor buses over thousands of miles, through arid noons and frigid nights, successions of comida corrida, botched excursions to the coast, conversations recorded verbatim, hilarious observations, and fascinating digressions into murky histories. At the heart of the book is the Don Otavio of the title, the travelers' gracious host, his garrulous family and friends, and his Edenic hacienda at Lake Chapala. Published in 1953, A Visit to Don Otavio was an immediate success, "a travel book written by a novelist," as Bedford described it, establishing her reputation as a nonpareil writer.