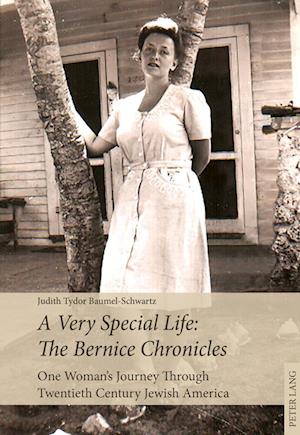 This book tells the story of mid-20th century Jewish America through the eyes of Bernice Cohen Schwartz, born in NYC in 1923. The oldest daughter of a family of Eastern European origin, Bernice had an American-born mother, but in other things was similar to her contemporaries, reflecting the lives of a generation of pre-WWI urban Jews in America with immigrant parents.Her life story reflects much of the development of American Jewry during the middle of the 20th century: the Great Depression, the Second World War, the development of Zionism, the response to the new State of Israel, and the development of Jewish suburbia. We follow Bernice's school years during the Depression, her connection with the Bronx Y, her college studies, her stint in the Women's Land Army, study trip to Israel in 1949, and marriage to Arthur Schwartz, a young army veteran and social work student from Nyack, NY. After the couple's odyssey through several East Coast Jewish communities, they and their sons settled in Teaneck, New Jersey. We follow Bernice's response to her oldest son immigrating to Israel, and the couple's move to Riverdale, NY and life there during their "Golden Years" in the 21st century.