- The Use and Abuse of American History 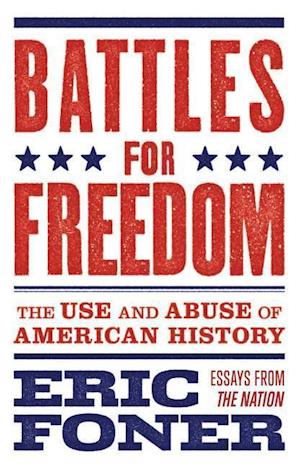 In thiscollection of polemical pieces, Foner expounds on the relevance ofAbraham Lincoln's legacy in the age of Obama and on the need foranother era of Reconstruction. In addition to articles in which Fonercalls out politicians and the powerful for their abuse and misuseof American history, Foner assesses some of his fellow leadinghistorians of the late 20th century, including Richard Hofstadter,Howard Zinn and Eric Hobsbawm. Foner ends with an open letterto Bernie Sanders analysing the great tradition of radicalism thathe has spent his career studying and which, he argues, Americansof progressive disposition should seek to celebrate and retrieve.

Forfattere
Bibliotekernes beskrivelse For almost four decades, Eric Foner, one of America's most distinguished historians, has introduced readers of his journalism to unknown or forgotten characters in American history, methodically unearthing the hidden history of American radicalism. 1 bw integrated