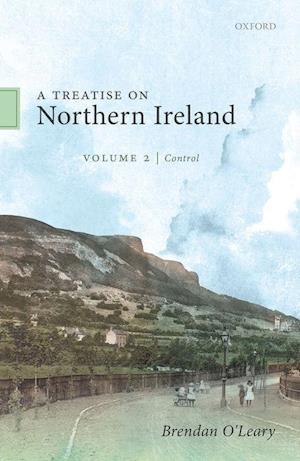 This landmark synthesis of political science and historical institutionalism is a detailed study of antagonistic ethnic majoritarianism. Northern Ireland was coercively created through a contested partition in 1920. Subsequently Great Britain compelled Sinn Fein's leaders to rescind the declaration of an Irish Republic, remain within the British Empire, and grant the Belfast Parliament the right to secede. If it did so, a commission would consider modifying the new border. The outcome, however, was the formation of two insecure regimes, North and South, both of which experienced civil war, while the boundary commission wassubverted.In the North a control system organized the new majority behind a dominant party that won all elections to the Belfast parliament until its abolition in 1972. The Ulster Unionist Party successfully disorganized Northern nationalists and Catholics. Bolstered by the 'Specials,' a militia created from the Ulster Volunteer Force, this system displayed a pathological version of the Westminster model of democracy, which may reproduce one-party dominance, and enforce national, ethnic, religious, andcultural discrimination. How the Unionist elite improvised this control regime, and why it collapsed under the impact of a civil rights movement in the 1960s, take center-stage in this second volume of A Treatise on Northern Ireland. The North's trajectory is paired and compared with the Irish Free State's incremental decolonization and restoration of a Republic. Irish state-building, however, took place at the expense of the limited prospect of persuading Ulster Protestants that Irish reunification was in their interests, or consistent with their identities. Northern Ireland was placed under British direct rule in 1972 while counter-insurgency practices applied elsewhere in its diminishing empire were deployed from 1969 with disastrous consequences. On January 1 1973, however, the UK and Ireland joined the then European Economic Community. Many hoped that would help end conflict in and over Northern Ireland. Such hopes were premature. Northern Ireland appeared locked in a stalemate of political violence punctuated by failed politicalinitiatives.

Forfattere
Bibliotekernes beskrivelse The second volume of the definitive political history of Northern Ireland.PRIZES:Winner of Winner of the James S. Donnelly, Sr. Prize from the American Conference for Irish Studies An Irish Times Book of the Year 2019.