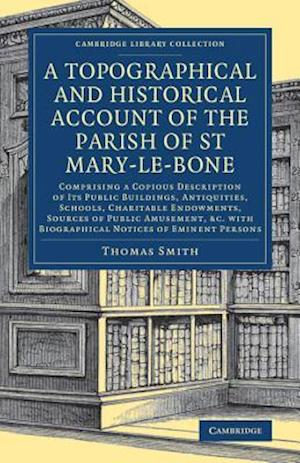 Little is known about Thomas Smith, the author of this 1833 local history of the parish of St Marylebone in London, where, as he states in his preface, he was born and had lived for thirty-six years. His motive for writing the book, aside from 'an inherent affection for the place of his nativity', was an awareness that with the passing of the great Reform Act of 1832, by which Marylebone was designated a borough with its own Member of Parliament, the district was likely to grow rapidly, with both the loss of memories of earlier times, and a swiftly changing built environment. The illustrated book surveys the boundaries of the original parish, the etymology of its name, its churches, schools and hospitals, the new shopping district of Oxford Street and the ancient gallows at Tyburn, and some of the famous people who had lived in the parish.