A Topical Approach to the Developing Person Through the Life Span 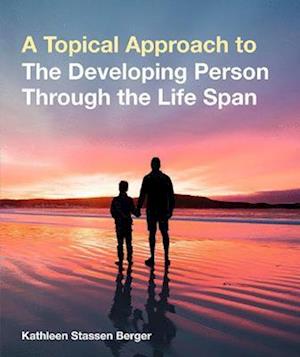 For the past four decades, the concept of hypermeter has been routinely applied to eighteenth-century music. But was this concept familiar in the eighteenth century? If so, how is it reflected in writings of eighteenth-century music theorists? And how does it relate to their discussion of phrase structure? In this book, a follow-up to the award-winning Metric Manipulations in Haydn and Mozart, author Danuta Mirka unearthes a number of cues that point toeighteenth-century recognition of what today is called hypermeter, and retraces the line of tradition that led from eighteenth-century music theory to the emergence of the modern concept of hypermeter in the twentieth century. Mirka describes the proto-theory of hypermeter developed by German music theorists, recounts the recent history of this concept in American music theory, evaluates contributions made to it by authors working within different theoretical traditions, and introduces a dynamic model of hypermeter which allows the analyst to trace the effect of hypermetric manipulations in real time. This model is applied in analyses of Haydn's and Mozart's chamber music for strings, which shed a new light upon thiscelebrated repertoire, but the aim of this book goes far beyond an analytical survey of specific compositions. Rather, it is to offer a systematic classification of hypermetrical irregularities in relation to phrase structure and to give a comprehensive account of the ways in which phrase structureand hypermeter were described by eighteenth-century music theorists, conceived by eighteenth-century composers, and perceived by eighteenth-century listeners.Kathleen Berger's breakthrough text tells a compelling story of life-span development via a topically organised approach. As always with Berger, her text is distinguished by an engaging narrative voice, wide-ranging cultural perspective, up-to-date research, and an emphasis on relating universal themes to students' own lives. This edition is also available with LaunchPad which offers a variety of engaging activities including: * Data Connections: From interactive maps showing rates of breastfeeding and immunization, to manipulatable graphs showing trends in adolescent risk-taking behaviours, this feature lets students take a hands-on approach to understanding the data in life-span development themselves. * Visualizing Development: These assessments link together graphics, text, and photographs to tell a visual story about an important concept in life-span development. * Developing Lives: Loaded with interactive features and pedagogy, this remarkable online experience asks students to "raise" a virtual child through the teenage years, making crucial decisions and responding to events. LaunchPad also combines an interactive e-book with high-quality multimedia content and activities, including interactive tutorials, videos, and the LearningCurve adaptive quizzing system.