A Theory of the Executive Branch 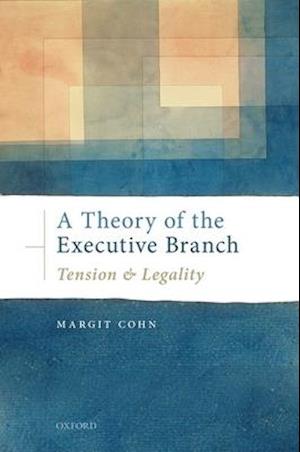 The executive branch in Western democracies has been granted a virtually impossible task: expected to 'imperially' direct the life of the nation through thick and thin, it is concurrently required to be subservient to legislation meted out by a sovereign parliament.Drawing on a general argument from constitutional theory that prioritizes dispersal of power over concepts of hierarchy, this book argues that the tension between dominance and submission in the executive branch is maintained by the adoption of various forms of fuzziness, under which a guise of legality masks the absence of substantive limitation of power. Under this 'internal tension' vision of constitutionalism, the executive branch is simultaneously submissive to law and dominant over it,while concepts of substantive legality are compromised.Building on legal and political science research, this volume classifies and analyses thirteen forms of fuzziness, ranging from open-ended or semi-written constitutions to unapplied legislation. The study of this unavoidable yet problematic feature of the public sphere is addressed descriptively and normatively. Adding detailed examples from two fields of law - emergency law and air-pollution law - in two systems (the UK and the US), the book ends with a call for raising the threshold ofjudicial review, grounded in theories of participatory and deliberative democracy.This book addresses an area that is surprisingly under-researched. Despite the increase in executive power across democratic polities and increasing public interest in the executive branch and executive powers, this much-needed book offers a theoretical foundation that should ground all analysis of arguably the most powerful branch of modern government.

Forfattere
Bibliotekernes beskrivelse This monograph offers a theoretical foundation of the executive branch in Western democracies and argues that the tension between dominance and submission is maintained by the adoption of various forms of fuzziness, under which a guise of legality masks the absence of the substantive limitation of power.