A System of Life

- Mawdudi and the Ideologisation of Islam 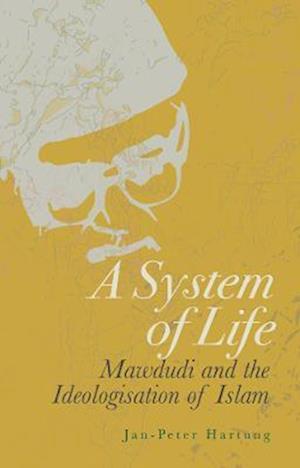 While much current research on political Islam revolves around militant Islamism, the genesis of this ideology remains little understood. A System of Life is a pioneering examination of the earliest attempt at a systematic outline of Islamist ideology, namely that proposed in the 1930s and early 1940s by the renowned Indo-Muslim intellectual Sayyid Abu'l-A'la Mawdudi. Hartung reconstructs his thought in the light of the competing ideologies at play at the time, taking seriously his claim to recast Islam as an all-comprehensive, self-contained and inner-worldly system 'of life.' This analysis is embedded in an understanding of the history of ideas that has assumed an increasingly global dimension in the colonial encounter: by showing how Mawdudi has attempted to align elements of Western philosophical thought with selected traditional Islamic ideas and concepts, he is depicted as a major protagonist of this development, while 'Islamism' is established as an Islamic contribution to a universalistic notion of modernity. Besides offering a detailed portrayal of Mawdudi's system of thought, Hartung also discusses the reception and modification of his ideas in the Middle East, predominantly among intellectuals of the Egyptian Muslim Brotherhood, and among their imitators in postcolonial South Asia